By
admin
Posted in
News 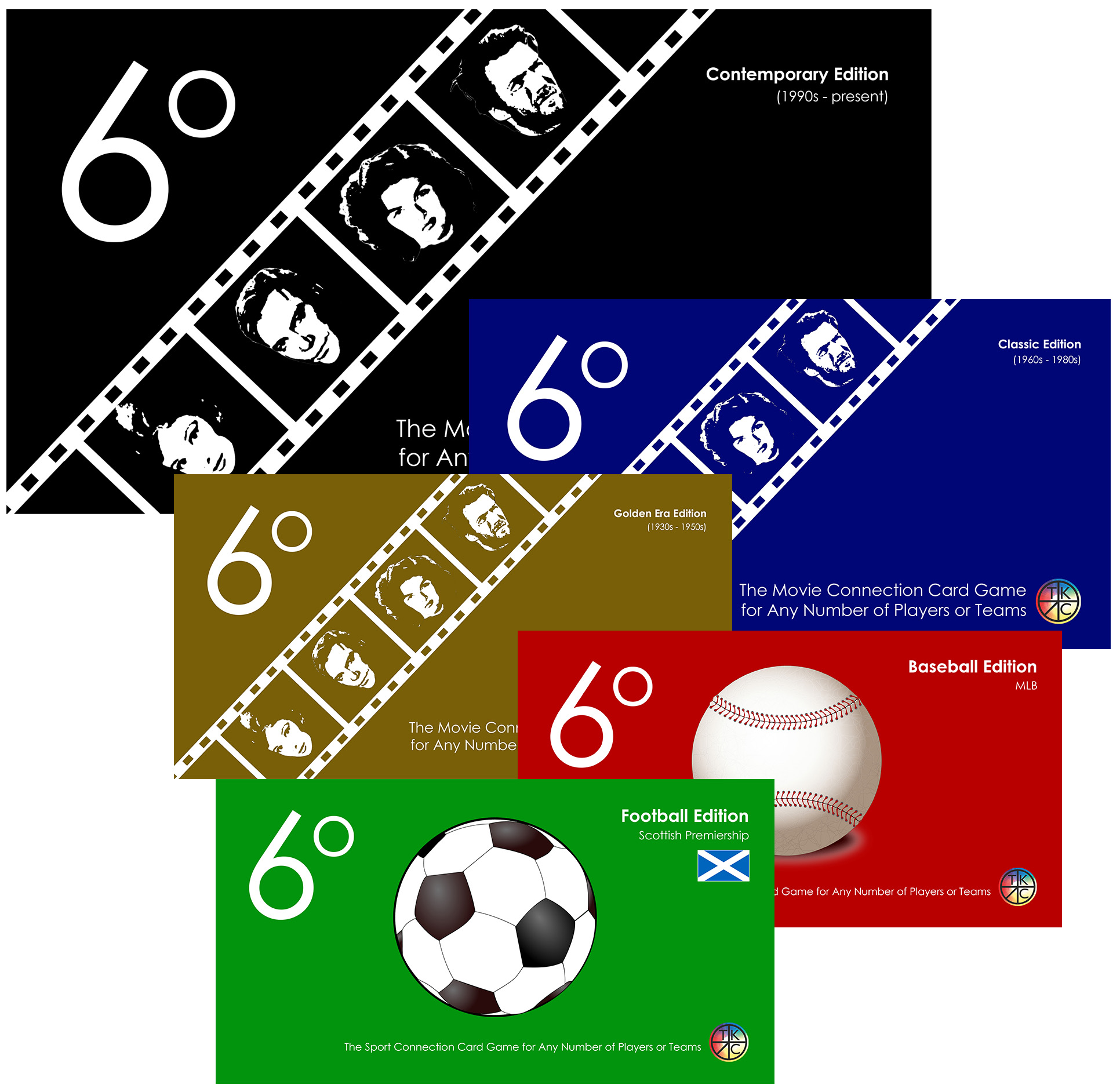 The 6° plan is taking shape. The website is up and running with pre-ordering available on what will be our first edition of the game, the Contemporary Edition. This should go into print during April with first deliveries reaching customers in May.

The online gameplay tools are also available at www.sixdegreesgame.co.uk. Not only can you check whether any particular actor has worked with another (and in which films), you can also now independently search for all movies in which an actor or actress appeared, or for all actors/actresses that appeared in a particular movie.

We intend to make available a downloadable pdf of score sheets so that you can print your own at home in case those provided in a boxed edition run out.

And future plans include an online gameplay scoring app so that players can join a game and have their connections checked automatically!

We’re very excited about our project and hope you will like it. We believe we’ve made gameplay as enjoyable and easy as possible and the possibilities for further editions are very exciting. It’s very likely the second edition we publish will be a football edition given the feedback we’re getting from kids who want to play it.