A phoenix from the flames!

Like a phoenix rising from the flames of the last year, progress is finally being made!

Nobody can deny it’s been a tough 11 months even for established businesses, and for a start-up it’s possibly been even worse. Compromises have been sought, to zoom no longer means to go fast, new ways of working have been successful for some while so many others have fallen.

But with the prospect of retail stores being able to open in the near future it was wonderful to be able to announce we have signed a supplier deal with Sunrise Records, meaning 6 Degrees – The Movie Connection Card Game may soon be on the shelves of HMV and available from their, and Fopp’s, online store!

Although all this comes months later than we’d hoped, we’re still here, still working, still fighting. We believe in this product and we’ve seen that people enjoy it when they play it. The feedback from people we describe it to is that we’re onto a winner.

So we thought it would be a good time to point out the fantastic, once-in-a-lifetime rewards we’re offering on our Kickstarter campaign.

From signed copies of the promotional version of the game through to unique, personalised items and lovely merchandise, we’ve tried to tailor a set of rewards to suit every budget.

We realise how difficult it is right now for everybody, but for as little as £1 you could back a game that’s made in the UK and supports British industry. For a little more you can have the game, a little more still and a unique card with your own name on it!

Back us now and support British industry and the people and families behind it. 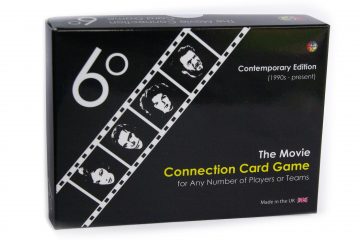 Sale now on, and we’re Prime on Amazon

You can get a massive 20% off the Contemporary Edition of 6 Degrees in our shop or on Amazon right now. What a bargain! 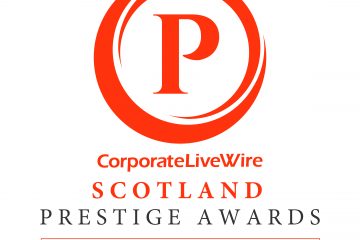 TKC Games wins the “Board Game Specialists of the Year” Award

We are delighted to announce that we have won the Board Game Specialists of the Year award in the Scotland Prestige Awards by CorporateLiveWire! 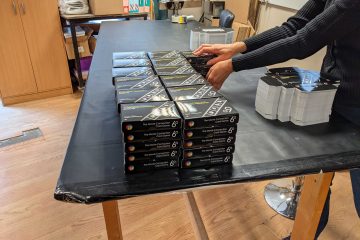 Production-ready version of 6 Degrees being assembled!

The playing cards have been delivered to our factory in Edinburgh and we're now in the process of having them assembled into the final, production-ready version of the game.

We use cookies on our website to give you the most relevant experience by remembering your preferences and repeat visits. By clicking “Accept All”, you consent to the use of ALL the cookies. However, you may visit "Cookie Settings" to provide a controlled consent.
Cookie SettingsAccept All
Manage consent

This website uses cookies to improve your experience while you navigate through the website. Out of these, the cookies that are categorized as necessary are stored on your browser as they are essential for the working of basic functionalities of the website. We also use third-party cookies that help us analyze and understand how you use this website. These cookies will be stored in your browser only with your consent. You also have the option to opt-out of these cookies. But opting out of some of these cookies may affect your browsing experience.
Necessary Always Enabled

Performance cookies are used to understand and analyze the key performance indexes of the website which helps in delivering a better user experience for the visitors.

Analytical cookies are used to understand how visitors interact with the website. These cookies help provide information on metrics the number of visitors, bounce rate, traffic source, etc.

Advertisement cookies are used to provide visitors with relevant ads and marketing campaigns. These cookies track visitors across websites and collect information to provide customized ads.

Other uncategorized cookies are those that are being analyzed and have not been classified into a category as yet.